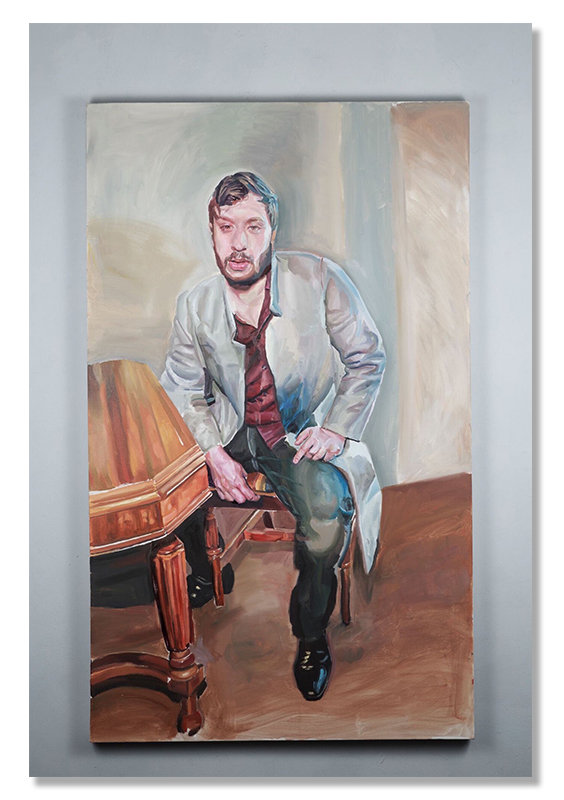 Joshua Cooper became interested in art at a very young age, attending art schools beginning in Primary school. In 2014 during a trip to Boston, he found a love for Realist portraiture and the figure after experiencing the art of John Singer Sargent at the Boston Public Library and Boston Museum of Fine Arts.

He graduated from Douglas Anderson School of the Arts in Jacksonville, Florida, and went on to receive his Bachelors of Fine Arts and a minor in Art History from Florida State University in Tallahassee, Florida. Upon graduation, Cooper joined the Portrait Society of America. Speaking with the organization’s founder, Edward Jonas, he was inspired to become a full-time artist. Cooper continued his study of art, pursuing instruction on classical techniques. In 2021 he moved to Italy to attend the Florence Academy of Art. While a first-year student, his piece was one of the works chosen to be presented on the Academy website representing accomplished student work.

In August 2020, he began working on his winning concept for a 23' x 8' for the Lightner Museum's Music Room in St. Augustine, Florida. The mural reflecting the Gilded Age and history of music is currently on display.

Joshua Cooper has been featured on NPR’s First Coast Connect with Melissa Ross, and in August 2020, he completed his winning mural concept for the Lightner Museum's Music Room in St. Augustine, Florida.

Cooper was born In Jacksonville, Florida in 1996, and is currently living in Florence, Italy.

My studio practice is heavily based in the diligent process of realism. My portraiture uses a form of realism that relies on efficiency of technique. I am focused on the face of the subject.

The art of John Singer Sargent, who painted in the late 19th and early 20th centuries is my inspiration. I am immersed in and emulate Sargent’s smoky atmospheres, seemingly spontaneous application of stroke, and limitless compositions.

While my past works are traditional portraits of friends and family, in my new work I am investigating fictional people and settings in order to tell new stories.